The little whale, whose mother was killed by whale hunters, was swimming in the Atlantic Ocean. Whilst swimming, he was surrounded by a group of sharks that included about twenty members. The leader of the sharks came near to the little whale and said ‘ I know you and I can understand how you feel, little whale. Being unhappy won’t help you. You can’t get anything living unhappily. People killed your mother. You must get your revenge. You mustn’t swim around doing nothing. We are your friends and we can teach you how to kill people so that you can kill them cruelly and have your revenge. In the near future people will get to know you and they will be afraid of this cruel whale.’

‘Did people eat my mother?’ asked the little whale.

‘Yes, my little friend they did. People are so cruel. They kill all living things in the world wildly and also they are really cruel to each other. I have seen lots of people fighting with each other on the ships. My grandfather used to say that they were also fighting on the land and the one who beats the other one become a hero.’ answered the leader of the sharks.

‘It means that people are really bad creatures aren’t they? asked the little whale.

‘Yes, they really are.’ said the shark.

‘If they are so, I am going to punish all of them and the ones that killed my mother and made me cry for a long time, but I don’t know how to do this.’ the little whale said.

‘You can learn it. Come on honey, follow me. Let’s go my dog brothers, deep waters are waiting for us.’ said the shark.

The sharks taught the little whale all the techniques needed to kill people and it took them one month to do this. Their aim was to send the little whale to the beaches, where lots of people swam and to make him kill all the people who were swimming there.

Little whale was sure of himself. He was definitely confident that he was able to kill people and he always told the sharks he wanted to kill all the people and pull them to pieces. However, the leader of the sharks thought it was necessary to test the little whale to see if he had really learned how to kill, before sending him to the beach to kill people. So five of the sharks started to look for a person swimming alone and away from the other people who were doing different activities on the beach. After a short time they realized that there was a little boy swimming alone near the lighthouse. This little boy was going to be their first victim.

They didn’t want to get closer to the child as they didn’t want him to be scared. They turned back quickly and showed the little whale his first victim. The little whale started to swim towards the little boy. The sharks thought that the little boy must be a professional swimmer as the sea was very deep around the lighthouse otherwise he couldn’t swim there, because most people were afraid of it. At first the little whale took his head out of the sea and then his body and tail appeared. The child realized it was a whale immediately. The whale took a deep breathe and dived into the sea. Although it was just a little whale, it was four metres long. It was impossible for the little boy to swim towards the beach because the whale could swim much faster than him so it could catch him before reaching the beach. He started swimming parallel to the beach but the whale came closer and closer and then the whale started swimming next to him and after a while it suddenly opened its mouth and then closed it. Then it turned back and swam towards the sharks.

When he came near to them he said.

‘ I completed my mission. I killed the child.’

‘ Did you pull him to pieces?’, asked the leader of the sharks.

‘ No, I didn’t pull him to pieces’, said the little whale.

‘ I swallowed him,’ replied the whale.

‘ No matter what you did. The result is that you killed him. I really appreciate what you did and I want to congratulate you. We are going somewhere far away tomorrow to attend a meeting so we won’t be here for a few days. I want you to go to the beach and kill as many people as possible. You can either pull them to pieces or swallow them. You must swim around all the beaches and kill all the people you come across. Do not pity them.’ said the leader of the sharks.

After a few days the sharks came back and found the little whale swimming around happily. The little whale told them that he had killed twenty people cruelly and that the people had been afraid of swimming in the sea since then because they were scared to death and next he boasted to them about all the people being afraid of him. All the sharks became very pleased when they heard this.

The next day one of the sharks saw the boy which the whale had pretended to swallow the other day on the beach near the lighthouse. He went directly to their leader and told him what he had seen so the leader become furious. He went to the little whale and said angrily.

‘You told us that you had swallowed that little boy but we saw him on the beach and he was alive. Nothing has happened to him. He looks so healthy. Are you making fun of us?’

The whale realized that he was surrounded by sharks that seemed to be very angry.

‘Yes, I swallowed him but I couldn’t digest him so I had to vomit because he started kicking my stomach.’ replied the little whale.

‘Shut up, you liar! You didn’t swallow him and you didn’t attack other people swimming. They were all lies. You also told us that people couldn’t come to the beach as they were afraid of you but you see all the beaches are full of people and they don’t care about you. All the things that you told us were lies. If you can’t kill them, I will……” said the leader of the sharks, as he couldn’t finish his sentence.

‘What will you do? I got bored of you all. Get out of my sight!’ said the whale angrily and then hit the leader with his head so strongly that the shark went down the depths of the sea, and then the whale started to swim very fast towards the beach. It was too late to turn back and the sharks were swimming just behind him and they were very close. If they caught him they would pull him to pieces.

The little whale reached the beach difficultly. It struggled and kicked about, while lying on its back for a while and it could only manage to move a bit on the beach. When he become weak, he dropped his head on the hot sand. A child recognized the whale and ran beside him.

‘What is happening little whale? You must be in the sea not on the beach!’ said the little boy.

‘Thanks God. Is it you little boy? Sorry, I can’t remember your name.” said the little whale.

‘My name is Mark. I am OK! What are you doing on the beach?’ asked the little boy.

‘My name is Sili. We met a few days ago, didn’t we?’ asked the little whale.

‘Yes, we did. We swam next to each other for a while. When you opened your big mouth I got so frightened because I thought that you were going to eat me but I was wrong. You just opened your mouth widely and then closed it again and swam away. I couldn’t understand why you did that.’ said the little boy.

‘Did you really think that I was going to eat you. That was just a joke. I am so sorry that I made you frightened. Please forgive me for my behaviour,’ said the whale.

‘OK! I forgive you. Would you please tell me what is going on now? What is the reason for your being here on the beach instead of swimming in the sea?’ asked the little boy.

The little whale told him everything.

‘As you can see my friend all the sharks are chasing me and I cannot fight them alone because there are twenty sharks that want to kill me. That is why I am here.’ said the whale.

‘Why didn’t you swim away when the sharks went far away for the meeting? You should have asked for help from the other whales.’ said the little boy.

‘If I had swum away, the sharks would have caught me easily. I would have had no chance to survive because all the sharks in the sea would start looking for me in order to kill me. I wouldn’t have asked for help from other whales because that would have caused a cruel war between the sharks and the whales living in the sea, as a result a lot of whales and sharks would die just because of me. I might have died in that war. But now only I am dying and none of the whales are in danger. It is not the end of the world if I die. The world is like a drop in space and I am not even a drop in the ocean’ explained the whale.

‘If your mother hadn’t died, the sharks wouldn’t have tried to kill you. You wouldn’t be here and running away from them.’ said the boy.

‘That is true but people are responsible for my mother’s death. They killed her. What is more, I can’t understand the reason why they killed my mother. She didn’t hurt them. Why do you think they killed her, Mark?’ asked the little whale.

‘I love you, Mark’ said the little whale.

‘I love you too, Sili’ replied the little boy. 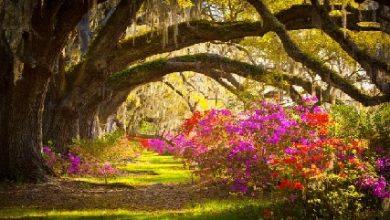