The young tiger was walking up and down with nervous and fast steps in his cage, behind the railings Somehow somebody was squeezing his heart with a barbed wire rope today The sun had risen and set a lot of times since he had been locked up in this cage He was about one month old The hunters had caught him when had gone for a walk in the forest one day and they had sold him to this zoo He was as tall as a fairly large cat He grew up and got srong as time passed His cage wasn’t tiny but he didn’t want to live here He would like to be free and to reach the forest, whose name he started to forget and where he longed for, and he would like to direct his life People were crowding into there, were standing in front of the cage and were watching him for a lot of minutes with of admiration

When the visitors lessened that night – fall, the keeper cleaned and washed the cage He left a half sheep as dinner into the cage He locked the door and went away While his keeper was locking the door and going away, there was a flash of lightning in the young tiger’s mind The lock’s fitting into its hole and the key’s voice while locking was unusual If his quite sensitive ears weren’t misleading him, the door hadn’t been locked properly After eating the meat left into the cage, he started his turns again The visitors started to increase again The people had eaten their dinner and they were going to parks and gardens to enjoy and relax The trouble in the young tiger’s heart had gone away and away and it had trapped into the key’s hole At midnight, if he also was lucky, he would try to run away from the cage and would try running towards his freedom

It had completely got dark; it had been a long time after the midnight had passed There was nobody around The young tiger pulled hard quickly the door with his strong paws The door, which hadn’t bee locked properly, opened easily He went out of the cage quickly He took the road on the right This road was ending in the wood further Walking up and down in the cage wasn’t similar to running outside He had got quite tired After he stopped to have a rest, he jumped over the zoo’s wall He disappeared in the darkness by running towards the forest

The young tiger passed mountains, hills and he drank cold water After three days and three nights, while the sun was rising in the morning, he arrived at the big forest, where he was caught and taken when he was too young He was free now, he was bubbling over with joy He realized that he was hungry while he was walking joyy He hadn’t eaten anything since the day he had run away He had only drunk water His keeper used to bring him meat day and night Before the hunters had caught him, his mother used to feed him However, life was too different in this immense forest There was neither his mother nor his keeper now This was something that he couldn’t think before he ran away from the cage: How would he feed himself?

He saw a deer in the grassy place further while he was thinking like this and walking The deer sometimes looked around him and then started eating grass again The deer started running immediately Two tigers jumped from the bush nearby at the same time The deer had been covered from four sides when two more tigers stood before him soon It was obvious that the tigers had laid a trap to catch the deer The best defense was attack The brave deer rushed forward with a last effort He butted terribly the nearest tiger with his sharp horns The tiger tumbled down within blood He turned to right a little He wanted to but the second tiger in front of him too However, he couldn’t hit The tigers coming after him had reached It was impossible to fight with three tigers although the deer was strong The tigers tumbled the deer down by hitting with their strong paws, they killed and ate him Then they went away

The young tiger was petrified at his place He was looking with unbelievable eyes What he saw was brutality but the rules of the forest were like this The weak became food for the stronger “Namely” he said, “the tigers feed themselves like this Because I am a tiger too, I should hunt and eat the living things I can’t kill the other animals to feed myself No one made me get used to kill I don’t know killing and I don’t believe in the necessity of killing The deer used to feed himself by eating grass It was strong enough The animals eating grass had been strong I have no other choice; I will either stay hungry or eat grass Let the others say “does a tiger eat grass” let them say “is it possible to be a grass eating tiger” “

After a few days, his keeper found him waiting in front of the cage The grass eating tiger would enter the cage a few minutes later and would reply the keeper from inside “here is my home, I’m a cage tiger I can’t go to the forest even if you wanted There hadn’t been a place for me” while he was locking him in and said “the lock has just been changed, you can’t try to run away again, because it’s impossible ” The young tiger’s heart got of pleasure when a female tiger was brought to his cage two months later They immediately became partners and close friends The day and days passed, time passed and they had two babies He became cheer, happy and his heart was of peace and the young tiger was walking up and down quietly and slowly behind the iron railings 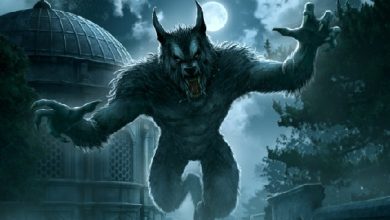